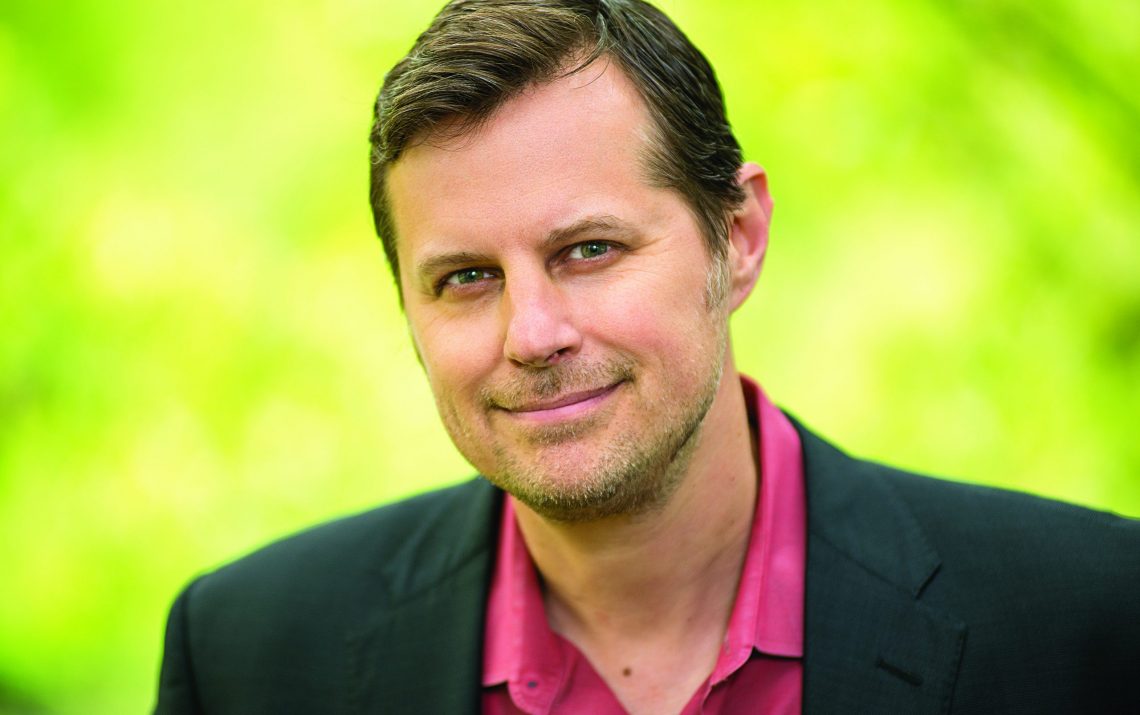 David Carnes spent many golden summer days during his childhood fishing with his grandfather. One day, his grandfather turned to him, pole in hand, and offered this wisdom: “David, you’ve gotta figure out a way to make money while you’re fishing.”

From his psychologist/writer father, Carnes acquired an interest in science and technology along with a string of hand-me-down computers. He diligently sought to understand the language of programming as a youth and went on to earn a double major in music and pre-med at the University of Minnesota. Carnes’ multidisciplinary pursuits aligned a short time later when he was teaching guitar at a local music school. A parent there introduced him to a startup that was building computers and Carnes joined the company part time. He grew with the industry and by the time he was in his mid- 20s, Carnes helped to build one of the first online Multiple Listing Service (MLS) systems for real estate.

“Our platform featured commercial properties for lease and sale in the Twin Cities market. Back then, Realtors were sending out monthly catalogues. For the first time, they were able to update their listings online. It was a novel thing that blew everybody’s minds in 1995. We were in the process of rolling it out to other markets when we received an offer to buy the company, and the majority shareholder accepted the offer. It was really cool to be part of that at such a young age.”

That early success opened the way for Carnes to design his own technology company, ArcStone. The name ArcStone represents Carnes’ vision: “I knew I wanted to give a nod to the architectural approach to technology – the idea of blueprinting a plan and then building it in a virtual space. But it’s so abstract and digital, I also wanted to indicate solidity.”

ArcStone is a full-spectrum, interactive agency that expertly delivers design, marketing and technology services, including Web design and hosting; online marketing and advertising; custom app development; and virtually everything in between. This is technological architecture built on a rock solid foundation. This is ArcStone.

Carnes explained the concept of blueprinting, which is integral to how his team works. “A business owner may come to us with an idea for an app they want to build to improve their business or increase efficiency. Or they may see an opportunity in their industry to use the Internet or mobile technology to make business easier. We take that idea and put together a great team of people who will make it real. When we have an idea to build something, we call it blueprinting. To get started, we need to create a set of plans. We start at the 50,000-foot level to see what the overall shape will be. Then, we bring it down to 5,000 feet and say, ‘It should flow like this. These are the elements for each screen.’ Then, we take it down to 500 feet and fill in the details. Working through this vision with the client is exciting. It’s the part that motivates me to come to work every day.”

Carnes said that while this collaborative process is invigorating for clients and designers alike, the momentum can stall in the face of realities like budgetary limitations. As a result, Carnes has learned the importance of “balancing planning and action. At our agency there is more emphasis toward getting working software into users’ hands as quickly as possible. Rather than having programmers crawling into a hole for nine months, we’ve found we’re better off getting key pieces of the technology into people’s hands in six-to-eight weeks. Then we can get feedback from users and evolve it from there, instead of trying to guess at what they want and ending up with a clunky, awkward to use system.”

ArcStone co-founder and marketing vice president is Carnes’ wife, Lisa Hirst Carnes, a savvy marketing guru who was recently named Google Partner of the Month and has been doing “SEO and pay-per-click management since we started in 1997. She is great at really getting to know a business and then helping them gain clarity around their audiences and most effective marketing channels.”

Visit the ArcStone website and you will be greeted with the bold affirmation: “Happiness starts here.” The bedrock on which the company is built includes a well-articulated and well-lived suite of core values: service, evolution, craftsmanship and happiness.

Carnes explained, “Happiness is the one that ties them all together. It’s the quality that naturally arises when we are playing to our strengths and doing a good job for our clients. We have many customers who have been with us for over a decade and many employees too. That’s weird in our industry. I think that says more about us than anything else, that we engage authentically, create relationships and do the best job we can.”

Happiness extends beyond the company’s four walls, which are comprised of a nontraditional workspace inside a refurbished lumber mill on the Midtown Greenway, where natural light pours through two glass roll-up doors, illuminating a relaxed, loft -style space featuring a well-stocked fridge and clever cultural artifacts. The company’s mythical founder, Archibald G. Stone, looks on benevolently from the vantage point of his 1903 portrait by artist Vincent Aderente, which was found in an antique store. This “dude with a mustache looks like a judge, stern but fair. He was ahead of his time – not many had the foresight to start a Web company back in 1903. People have a sense of humor here. We try to make it fun.”

ArcStone serves a full array of businesses, associations and nonprofit organizations in conjunction with its rapidly growing sister company, AssociationsOnline.com, but every month, the 20 employees choose a charitable cause to which they can all contribute both time and happiness. Whether they are making lunch for the young people at Youthlink or raising awareness about opioid addiction, Carnes said, “It feels good to help other people. In the modern world people are so isolated and busy, they often lose touch with the simple human act of getting together and doing something to help other people. We think it’s important to create those opportunities at work.”

According to Carnes, designing a clear set of core values and hiring the right people has enhanced his team’s work product, improved the quality of life for his team members and inoculated his company against all kinds of problems. This husband and father of two, children’s book author, musician, entrepreneur and devoted technologist is truly living a life of his own design and proving that you can make money while doing what you love.

Katherine Bishop is a staff writer for C-Level Magazine. She joined the team in 2015. She regularly interviews business leaders.