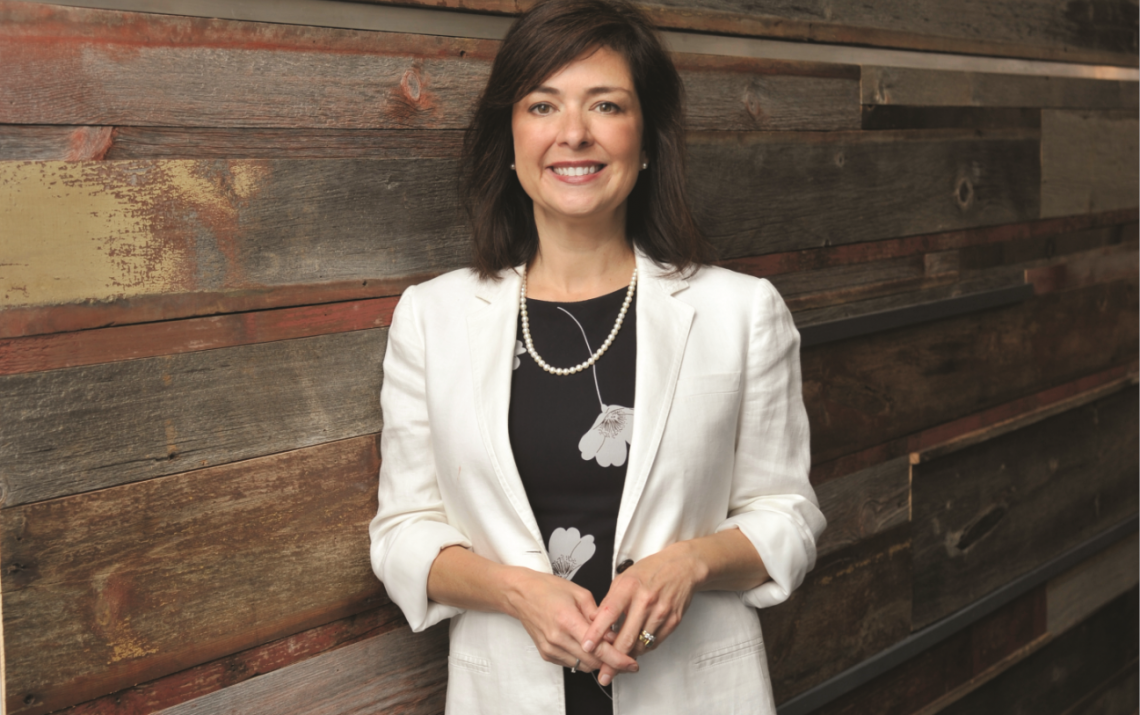 Dr. Marie Johnson once believed she would spend the rest of her life working in the auto industry. That was before a tragedy occurred that would forever change her destiny, sending her on a quest that would reveal something about her that God already knew, but was as yet hidden from her view: Marie Johnson has a brave heart.

Johnson grew up in Ohio and became a fourth generation General Motors employee. She attended engineering school at the Kettering University in Flint, Michigan and took her place in the company as a manufacturing engineer behind a father who was an electrician, a grandfather who had been a machine operator and a great-grandmother who had worked on the assembly line at Delco Brake.

In time, Johnson met and married a Minnesota boy named Robert Guion, and she followed him back home where he would attend seminary. Johnson went on to graduate school in biomedical engineering for her Master of Science degree at the University of Minnesota, and then began working on her doctorate, developing digital stethoscope technology after completion of her master’s degree.

Only nine months later, her life irrevocably changed. Johnson arrived at the YMCA where she expected to meet Guion and exchange their 4-year-old daughter and 7-week-old baby boy. She was met instead by a swarm of emergency personnel surrounding a body draped beneath a sheet. It was her husband. It was Robert.

Robert Guion was only 41 years old. He was a seemingly healthy young man in his prime. He took good care of himself, and he had just recently passed a treadmill stress test with flying colors. Ironically, Johnson had used her husband as her “normal” for her doctorate project and had been collecting data from him for a period of months. She had detected a faint, irregular heart sound that prompted her to send him to his doctor for a checkup, but the diagnostic test did not reveal a problem. Guion died of something called a “widow maker,” a blockage of the left anterior descending (LAD) artery, which supplies the muscle of the heart. LAD blockages are often undetected and the heart episodes they cause are acute.

Johnson was haunted by her belief that the secret warning of her husband’s death had been whispered to her somewhere amid the quantities of data she had collected, and she spent endless sleepless nights combing through her research. She recalled, “I used statistical data mining methods to try to find anything related to what killed him. Then one night I heard the whisper of God. I took the information I had and started working with other data from patients who had a blockage and were indicated to go in for angiogram. I knew I was on to something, but at that time I had no idea how much time and effort it would take to prove it.”

Johnson fervently believed in the importance of her research, and that her findings could be used to develop a simple technology that could prevent other needless deaths. But the professionals around her didn’t take her seriously. Still stunned by the loss of her husband, the courageous young mother packed up her two young children and went to Rome, Italy to continue her studies. She arrived at the Rome airport burdened with luggage, two crying children and a heavy heart. “People thought I had lost my mind. Nothing has ever been that hard since. In six months, I completed my work and moved home. I started working at the University of Minnesota, and they agreed to file and fund the patent idea I had disclosed to them.”

Johnson eventually asked the University of Minnesota to waive her technology back to her, and she applied for and received a $250,000 QTDP stimulus grant that set her on her entrepreneurial journey. It has been a long road from concept to completion, but today, after 14 years of prayer and perseverance, Johnson and her company, AUM Cardiovascular, are finally in the business of saving lives.

In a TED Talk, Johnson eloquently explained the significance of her company’s name: “The name of my company is AUM Cardiovascular. Aum is the ancient Sanskrit syllable that is linked to all sounds in all languages. In many ways, our heartbeat is like an unspeakable language that ties us to each other. I’ve devoted my life to learning this language.”

Johnson’s brainchild is the CADence System, described as “a non-invasive, radiation- free, fast portable tool to rule out coronary artery obstruction.” CADence is a device roughly the size and shape of a computer mouse that “collects data from four thorax wall locations. After the data is collected, it is uploaded via Bluetooth to AUM’s proprietary analytics engine for assessment and report generation.” The process takes only 20 minutes from data collection to results.

The second generation of CADence was released for distribution in Germany in 2015. “We have now put an ECG (electrocardiogram) on the handheld to provide greater accuracy and another set of information for doctors. I am in the process of hiring a German national salesperson and building EU and Australian distribution relationships.”

AUM Cardiovascular is using a cellular data plan to support CADence data transfer. “We found that the WiFi data connections inside medical facilities were unpredictable and interrupting the operation of our device. We met executives from AT&T at the Consumer Electronics Show in Las Vegas, and they were really enthusiastic about our product. They worked with us to create the equivalent of a shared family plan for all of our clinics all over the world who use our device. Clinicians are now working from cell phones and tablets that create data portals for our CADence data.”

Clinical trials for CADence in the United States are now complete, and FDA approval is expected by first quarter 2017. While the domestic approval process is slow and grinding, Johnson expressed, “I’m glad I’m an American and have the FDA. Not all products are good for humans, but they’re allowed in some places in the world. In the United States, both safety and efficacy are considered.”

The Courage to Lead

According to Johnson, her heart was fortified by the 91st Psalm, “Whoever dwells in the shelter of the Most High will rest in the shadow of the Almighty. I will say of the Lord, ‘He is my refuge and my fortress, my God, in whom I trust.’ Surely he will save you from the fowler’s snare and from the deadly pestilence. He will cover you with his feathers, and under his wings you will find refuge; his faithfulness will be your shield and rampart.”

Johnson found the courage to push through her grief and become a leader in the world. Trained as a scientist, not as a business mogul, Johnson admits that the challenges of being a woman in what is often a male-dominated environment, raising capital, hiring employees and navigating the medical establishment have often been harrowing. But her relative inexperience in the hard-bitten medical device world has sometimes worked to her advantage. She has not been hemmed by preconceived limitations, and she has had the humility to ask for help from people in the know.

She has successfully raised $10.3 million through angel investors. She now employs 11 full-time employees, and her organization is rapidly expanding as CADence goes to market. “I have been able to get resources for advice and business acumen where I didn’t possess the knowledge. It’s so far away from who I am as a person. I didn’t go to business school. People talk about managing boards like there’s a certain way you have to interact. I didn’t know any of those rules before. If I need to talk to them, I try to be very transparent. It doesn’t occur to me to spin a story.”

Johnson expressed her appreciation for some of the mentors and supporters who have stood by her throughout this long process, including board member Richard Kramp, former CEO and a director of Synovis Life Technology, and Manny Villafana, founder of St. Jude Medical. “My attorney, Eric Madson, is also this really evenly keeled guy who puts things into perspective. There were times when the only two guys who believed in me were my husband and Eric.”

Johnson works collaboratively with her team and regularly infuses them with inspiration by bringing heart attack victims and their family members to talk about their experiences. “When we have wins, we stop to celebrate. We are a tight knit team, and we work in a cooperative environment.”

Johnson’s children are now teenagers, and she has been “very deliberate about making them a priority. I decided when we were in Italy that I wanted to give them the best life I could. I have great adventures with them. I took my daughter to six of the seven man made wonders of the world, and she has to take me to the seventh. I’m doing the same thing with my son and have been to five of the seven natural wonders. We always find ourselves in some harrowing situation and get closer as we explore and work together.”

Johnson also shared an important message for other leaders. “I think many people who are leaders ignore themselves and their health. But they have an incredible impact on a lot of people. It’s important to take time to have their health checked, eat right and make sure they’ll be there for their families and others who rely on them.”

This woman with the bravest of hearts has proven what is possible when we live by the courage of our convictions. “All along I said I want to save a million lives and give at least a million dollars away to help widows and orphans. We know we have identified coronary blockage. I also think I’ve been able to make the death of my children’s father make sense to them. More than anything, that’s what I’ve wanted to do.”