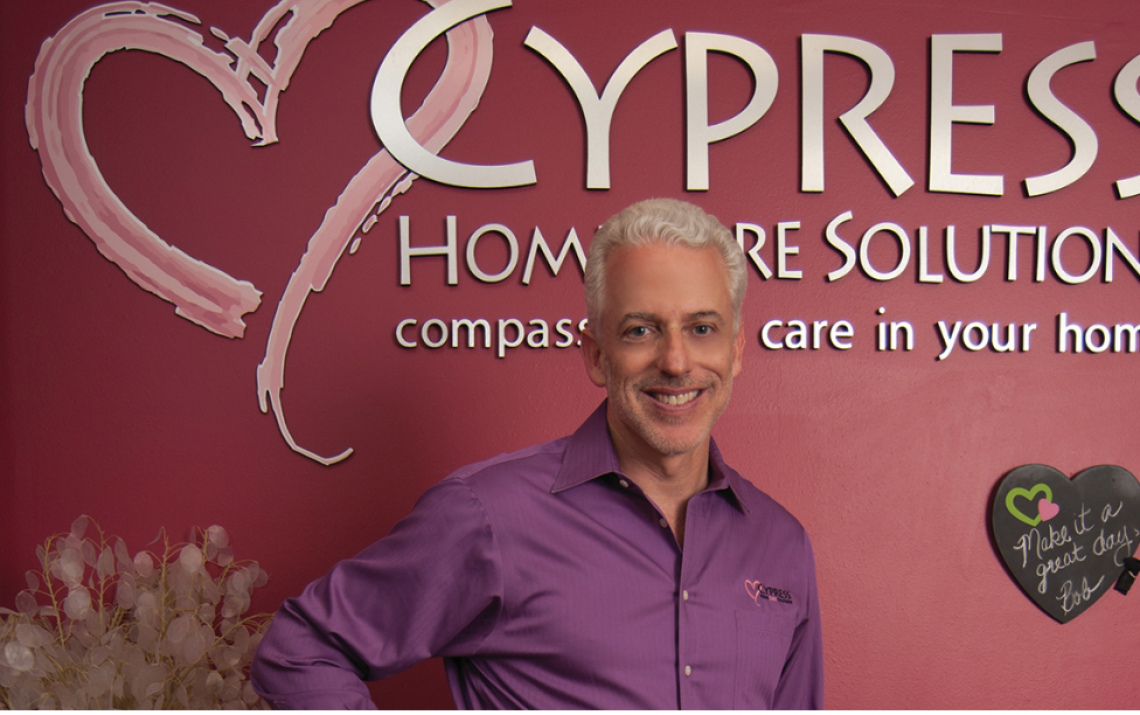 Although William Pepicello, Ph.D. possesses an outstanding array of degrees, credentials and titles, you will not find him sequestered in an ivory tower surrounded by moldering books and stuffy academicians. Pepicello is the handson, highly visible president of the University of Phoenix, and he spends much of his time among students and members of the business community assessing how the university may continue innovating adult education solutions.

Pepicello entered the world of higher education at a time when “the economy was stronger, higher education was booming and there were a lot of jobs,” he said. “I grew up in Erie, Pa. in the Rust Belt and felt my possibilities in life would be limited there. I saw education as the key to follow my passion.”

By the time he reached his early 30s, Pepicello had already achieved tenure at Temple University. “At that point, I asked myself what I wanted to do with the rest of my life. I didn’t think traditional higher education was the way for me to follow my passion.” When he began teaching AARP courses for adults, he found that “adults bring a much different perspective to higher education. They are more participatory. Because they have more experience in the real world and oftentimes have already had some experience in higher education, the perspectives they bring are different. What I really enjoyed about teaching adults was that I never taught a class where I didn’t learn something.”

His interest in adult education motivated Pepicello to take a position as regional dean of National University. “I first came in contact with University of Phoenix because they were our competitor. I used to go to University of Phoenix campuses and pretend that I was going to be a student. I was struck by the fact that the employees were very happy people, and the students seemed to be very pleased with their experience. Even the faculty were happy. I was intrigued. When I discovered the University of Phoenix and the model that John Sperling had developed, I realized that there was a much greater unfulfilled need in the country for adults to access higher education, and I found that really exciting.”

In 1995, Pepicello accepted the opportunity to found what eventually became the School of Arts and Sciences at the University of Phoenix. He then advanced to vice president of academic affairs. After taking a two-year sabbatical to launch what is now Argosy University, he returned to the University of Phoenix to establish the School of Advanced Studies, which houses the institution’s doctoral programs. “It gave me another opportunity to return to the desert, which I love, and make another contribution to the school and its mission.” Pepicello has held several leadership positions at the university and achieved the presidency in 2006.

Technological integration has been one of the most groundbreaking aspects of the university’s service delivery. The university first provided distance education through the mail, and with the advent of the Internet, founder John Sperling began moving his platform online in 1989. By the mid-‘90s, students began routinely taking courses online.

Not all of the university’s advancements were considered enlightened progress by the guardians of higher learning. When the university pioneered the first virtual library in 1996, it was “much reviled in higher education,” Pepicello said. In the early 2000s, the university took another step forward when it worked with publishers to develop virtual textbooks and course materials.

The university has added many more student services to its e-campus, which has recently grown to include an online financial planning tool. “One thing higher education has not been good at is explaining how the cost of education fits into the life of the student,” he said. “We tend to talk about the cost of education in terms of credit hours, not in terms of an investment. In fact, it is probably the second highest investment that anyone makes after a house in their whole lives.” Our new planning tool helps students to assess the cost of their education and estimate a monthly payment after graduation. In this way, students can better evaluate the cost-benefit of their education and the longterm, financial commitment of an advanced degree.

Another way in which the university has excelled in its delivery of adult education is by responding to the changing demographics of students. “The working adult has a very different profile now from what it was in the ‘70s,” he said. “Higher education, especially adult higher education, today includes more females, minorities and many adult learners without previous education or family members who have previously gone to school. People see higher education as the pathway to a career to help them and their families. Students don’t have the luxury quite as much as I did just to follow their passion.

“For the first time ever in recent memory, enrollments in higher education are relatively flat,” he continued. “Fewer students are coming into the higher education atmosphere, where there are many more options. We have to make sure students understand that what we have to offer is relevant. Our career focus is what sets us apart.”

Pepicello observed that during recent periods of high unemployment, there were many unfilled job openings. This caused him to wonder where higher education had gone wrong. And the answer was to ask those who want to employ our graduates. “We have changed the conversation with employers,” he said. “The conversation used to be, ‘Send us your people and let us educate them.’ The conversation now is, ‘How can we help you fulfill your needs?’”

As a result, the university is working diligently to align its programs with businesses across the country to ensure that higher education is a path to a good career. Pepicello is forming partnerships with both the business world and institutions of higher learning. A major initiative with the Maricopa County Community College system is ensuring that the health care community is supplied with the nursing and other care professionals it needs.

“We have been on the cutting edge since we were founded,” he said. “There were no adult evening programs or online programs. The culture here is one that is absolutely willing to embrace risk.

“One of the things that John Sperling said is that if you do the right thing, everything else falls into place,” he continued. “That has been one of the guiding principles of my time here. Our mission is to provide more access and make education affordable. That involves finding ways to innovate technology and ways to make programs more relevant. With that comes great scrutiny and great criticism.”

As traditional higher education institutes adopt these teaching methods that were once belittled as fads, Pepicello sees the university’s mission validated. “That has been exciting and gratifying for me,” he said.

“What is personally most gratifying is that being part of this institution has allowed me to give back to the community,” Pepicello said. “My family, children and grandchildren are here. It is meaningful to give back knowing that I am helping not just my community but my own family by providing them with a better quality of life.”

Pepicello has strong community ties with Diamondbacks CEO, Derrick Hall. “The first time Derrick and I met I realized we had a close bond. We have done many projects over the years – many to do with K-12 education,” he said. Having the naming rights to the Cardinals’ University of Phoenix Stadium has also been “a way to let the community know that we are committed to being here and want to be good partners in the community.”

According to Pepicello, authenticity is one of the primary components of effective leadership. “You can’t have two different personas and be an effective leader. Your leadership has to be a reflection of who you are, and that shouldn’t change whether you are at work or out in the community as a private citizen.”

Pepicello is especially proud of the culture at his university. “The minute a student walks through the door, a person will sit down and talk to the student on the spot. I think people expect to find a sterile call center-type atmosphere. We are dedicated to making sure every student has the best opportunity to succeed. We believe in treating people the way we would want to be treated. When we need to accomplish something, I find that people are willing to set aside egos and do the right thing.”

The university now boasts 836,922 graduates. “All of that because we offered educational options that were acceptable, affordable and convenient to a group of people who were underserved,” he said. “That is something I am incredibly proud of, knowing that I am a part of the team that made that happen.”