Carrie Martz: I Still Love What I Do 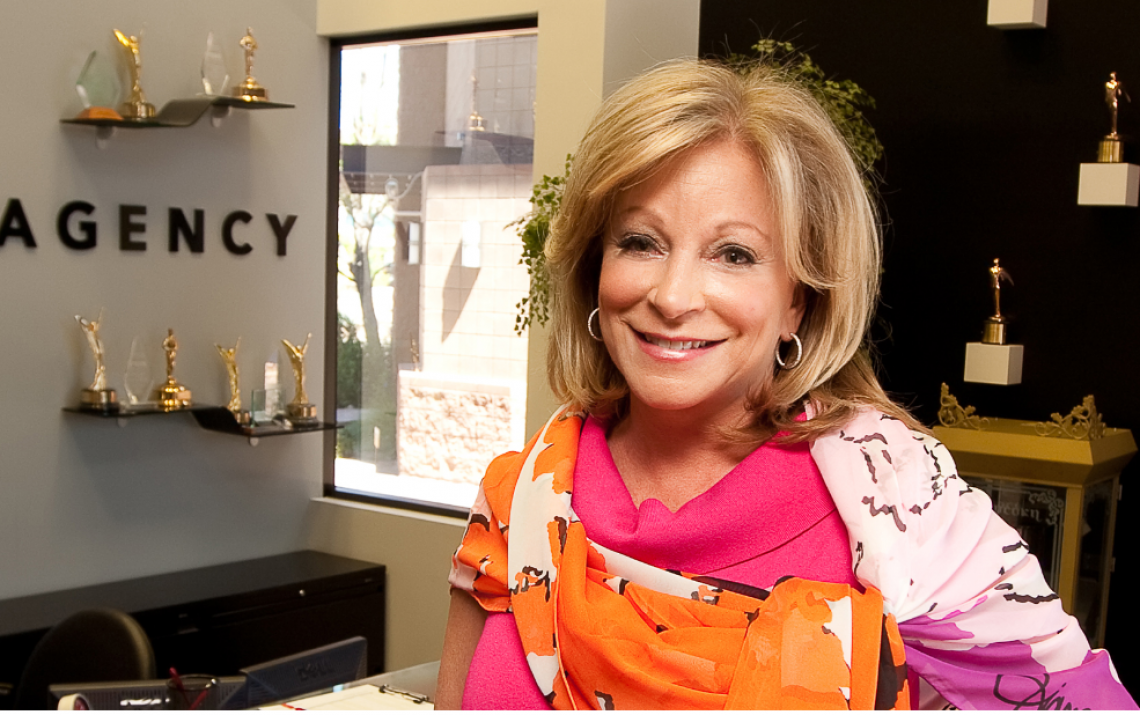 After 33 years of exhilarating highs and near-devastating lows in the advertising/marketing industry, Carrie Martz, CEO and founder of the Martz Agency in Scottsdale, still finds the business as rewarding as it is challenging. Martz credits her firm’s continuing success in local, national and international markets to her agency’s holistic approach. She says, “We don’t just do ads or get clients mentioned in articles. We do a complete 360 on our clients’ brands and/or marketing issues. We have to think marketing strategy first and then help build a strong brand. “The brand is the key driver to success in the company.”

The Martz Agency is an integrated marketing firm offering advertising, public relations, social media, creative branding, networking and other strategic initiatives designed to help build clients’ business. The firm has clients throughout the United States, in Canada and in the Bahamas. The agency has 25 employees.

The Martz Agency is consistently ranked among the top advertising, social media and public relations agencies in Arizona and is recognized for its high-profile work in launching what has become the nation’s largest sport earphone product called yurbuds; handling the marketing for a high-end condominium project in the Bahamas at Atlantis; launching the marketing campaign of Zhu Zhu Pets, named the 2010 “Toy of the Year;” along with working with well-known brands such as EIT (Entertainment Industry Foundation), philosophy and Cristina Carlino.

“Last year we started working with the Arizona Commerce Authority and it’s some of our best work ever. Our campaign is designed to help build awareness for the state in recruiting out-of-state companies to expand their operations in Arizona or existing companies to grow their business in state. This is a fully integrated campaign under acceptance and guidance of the governor and the ACA and their board. I couldn’t be more thrilled with it,” Martz says.

“Day or night we have to be responsive to what is going on in our client’s social media world if we are going to stay on top of things…. Our differentiator is that we are not considered the outside agency, but an extension of our client’s team,” Martz says.

Martz credits much of her company’s success to the long list of prominent clients her agency serves and a handful of loyal employees.

When she founded the Martz Agency in 1980, she focused on the high-tech sector and became a leading high-tech business-to-business agency for at least a dozen years. “I was just lucky to be in the business and I found high-tech interesting. So we began working with semiconductor companies, peripherals, a switch manufacturer, passive components and so on. It was great because we did in fact own that niche for a very long time.”

When the high-tech sector began softening in the ‘80s, the company moved quickly into serving real estate clients, which turned out to be a sound move as the two industries off set each other. “I really enjoyed the real estate world. We just kept growing and so we moved into healthcare and retail and more consumer products. We started making a name for ourselves as a true agency for others to pay attention to,” Martz says.

“We Have to Stay Extremely Customer-Centric”

The Martz Agency’s focus on client service has led to several, important breaks and the ability to weather some unfortunate bad ones.

“My first big break was working with a very large semiconductor client now called ST Microelectronics. That really launched the agency for me. When we moved into real estate we had the best of the best on our client list such as Gainey Ranch, Del Webb’s Terravita and MCO Properties.

“Great leaders in the industry kept challenging us to dig deeper, find the most targeted approach and drive traffic. It was a great decade of learning and having incredible successes for our clients. On the negative side, the company represented a few large clients who went into Chapter 11 and 7.

“I was hanging out there with six figures expended on their behalf and it scared me to death. Fortunately, I was able to work out a plan with all the vendors and remain positive for the year.” The only time in the early years that I was truly afraid was based on finances. I never backed away from getting too much business or having too much pressure or expanding the business, it just meant I needed to work a little bit harder and hire smarter people around me,” Martz says.

“We Can’t Expect a Do Over in Business”

The agency was hit hard by the real estate crisis. She says, “I kept thinking it would be short term.” Martz owned her own building, which at one time wasn’t large enough for her growing staff. Within a few months of the crisis it was twice the size she needed.

She admits to being challenged by those events. Her key advisors were very direct about telling her the only way to survive would be to declare bankruptcy and walk away and start over. She says she was told, “Everyone is going to get a ‘do-over,’ Carrie. This is a market that has to be forgiving.” Her response was, “I can’t do that – I have worked too hard to earn this reputation, it is not an option.”

Martz says, “For two to three years I worked at trying to accommodate all the financial pressures on me and make sure that everyone had been settled fairly with and at the same time to reorganize my business. We did this over a 28-month period and it was absolutely the most challenging time of my life. At the end of the day, I didn’t lose the company and I didn’t lose my star team. Believe me, I never thought I would be reinventing or rebuilding my agency in my 50s, but we did. I learned a lot during that time and I learned that I was pretty resilient. Most importantly, I learned that doing the right thing wasn’t always going to be easy but it is the only way.”

“If I Add Value, It Will Come Back to Me Tenfold.”

Martz has survived the bad breaks and continues to add more clients, build out new core competencies in social and digital media, attract new clients, earn awards and honors. Martz has been recognized for her accomplishments and her giving back to community mentality. In 1997, she was the recipient of the Golden Heart of Business Award and was the winner of the Most Distinguished Alumna award from the ASU Department of Marketing. In 2004 she was honored by the YMCA as the Woman Business Leader of the Year.

One of her community-based projects was the “Home of Miracles/All Star Miracle Home,” which was featured on NBC’s Today Show with Willard Scott. It was considered one of Arizona’s most successful charitable events, having raised more than $7.5 million for Phoenix Children’s Hospital and Phoenix Suns Charities. Because of the success of this fundraiser and the agency’s involvement, the Martz Agency was named one of the ten finalists for George Magazine’s Most Generous Company in America award in April 1998.

Martz was the first female president of Phoenix Suns Charities and has been a member of the board for 18 years. She was also the first female to be invited as member, then eventually governor, of the prestigious TAAN (Transworld Advertising Association Network). The predominantly female agency surprisingly has represented the top three national sporting events that have come to Phoenix: marketing committee co-chair for the host committee Super Bowl XXX, MLB All-Star Baseball, NBA All -Star Jam Session as well as Barrett Jackson for several years. Now, one of the most rewarding experiences she has is the honor of serving on the board for the Western Region of Cancer Treatment Centers of America. “It is a humbling and rewarding experience. This is truly an organization that walks the talk.”

Martz has two adult children, a son-in-law and a new granddaughter. Her daughter works in the business running the promotional products division.

Carrie Martz expresses a business philosophy that is as direct as her pathway to achievement in the advertising and marketing industry. “I try to focus on the need to always stay current, which results in being more relevant. I never rest on what I did for anybody yesterday. I listen to my gut, but also the people who have my best interests in mind. I try to stay positive. My team works tirelessly on how they can add value – not only to their clients, but their industry and their community. If we add value, it will come back to us tenfold. I’ve seen it happen to me many times.”