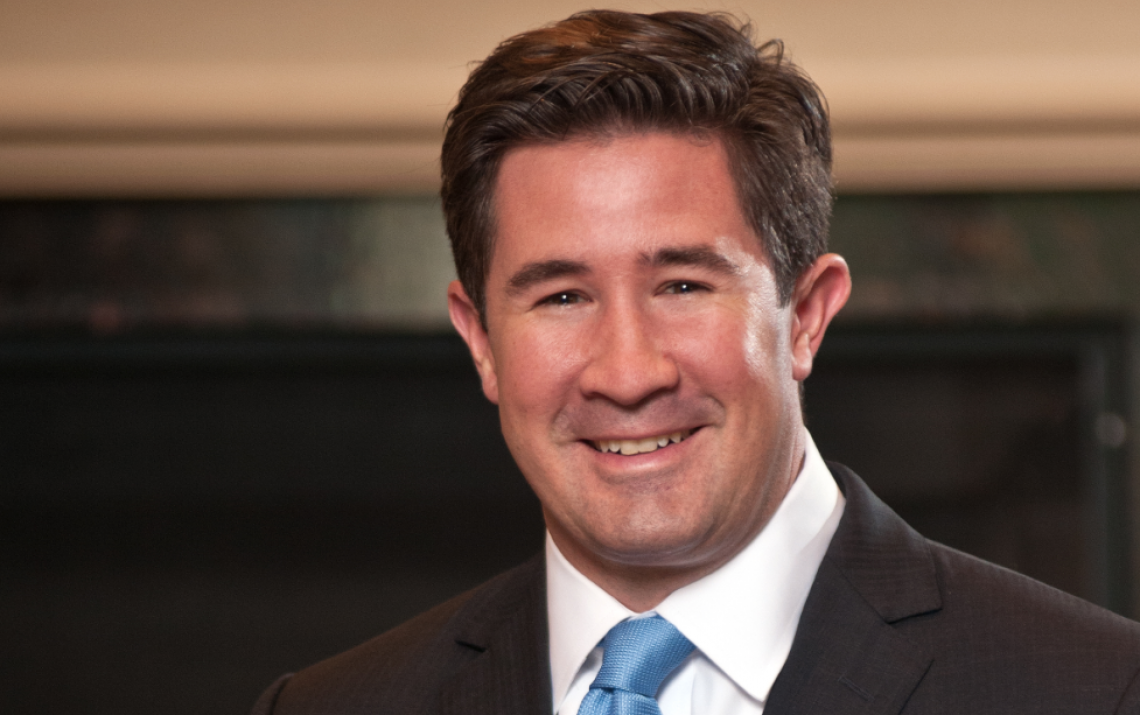 “Personal motivation? I think all of us in life have moments where events occur and they get engrained in your memory. You close your eyes and you relive those memories as if they have just happened,” says Matt McGuire, president and chief executive officer of Cancer Treatment Centers of America (CTCA) at Western Regional Medical Center.

The moment engrained in his memory is from a family vacation as a youth. McGuire sensed that despite the excitement about the trip his mother appeared apprehensive. When the family stopped for a rest he remembers his mother rushing into a hotel and placing a phone call to his grandmother. He remembers the look and the tears on his mother’s face – a doctor’s exam had indicated that his grandmother was suffering with breast cancer.

“I just remember not understanding what cancer was and why my mother was so upset. My grandmother passed away about 18 months after that call. That was my first interaction with death.” Other family members, including a grandmother on the other side of his family and two aunts, also suffered from cancer.

The event would also provide the motivation for a career in cancer treatment. Today, McGuire oversees all hospital operations and facility initiatives for the hospital. McGuire also oversees operational duties and patient acquisition for the Seattle Treatment and Wellness Center in Seattle, Washington.

“I knew based upon that earlier experience with my grandmother I wanted to be in health care. I was thankful to find an organization in the workplace that was dedicated solely to cancer care. It was really a personal calling. I’m very fortunate to have been in this organization and as difficult as these personal situations have been, they just fill me with an immense passion and desire to ensure that situations like those with my family are able to be turned around for other patients,” he says.

McGuire grew up in Carmel, Indiana, a fairly large suburb of Indianapolis. His parents are retired teachers and he attended public schools riding to and from work each day with them. He attended Wabash College where he played football his freshman year and baseball all four years. He graduated with a degree in English and a rhetoric minor. McGuire earned his MBA from Arizona State University.

He was asked to move to Tulsa to be the director of marketing for that CTCA facility. “This was one of my favorite jobs because it was in the hospital and responding to patient needs and trying to communicate the organization more effectively.”

After approximately two years in Tulsa he received a call from the CEO and chairman of the organization asking him to take corporate responsibility for the organization’s entire human resources function. He accepted and moved to Chicago.

McGuire worked very closely with chief medical officer, Dr. Ed Staren. In 2011, Dr. Staren moved to the Phoenix area to assume the role of president and CEO of Western. “I shared a similar vision with Ed, and when he got the job I asked if I could be his right hand and number two, and he said yes. I moved from a corporate HR job to a lead operations executive role. And when Ed moved on, I was promoted into the CEO role,” McGuire says.

McGuire says, “I define my management style as empowering; it’s built around a lot of listening and collaboration. I don’t lay hands on any of the patients that walk through these doors – outside of the hugs they offer. I have to rely on the expertise and wisdom and technical know-how of this entire workforce to serve our patients well. I do my best each day to listen to their concerns, to address them, to connect them back to the foundational concept of the mother standard of care. I also make sure we continually advance our quality of care, increase the options for our patients, and just act as a resource.”

The mother standard of care expresses the CTCA philosophy of treating patients as if they are a member of the immediate family of the physicians, medical staff and support personnel.

McGuire says, “I walk the talk in modeling that type of behavior. Personally, I’m not a physician or a health care provider, so it begins with how I conduct myself and through my interactions with our stakeholders. I try to establish an environment where they feel empowered and cared for. I know that it’s not just me but our entire leadership team taking care of our workforce.”

A big part of his day in, day out activity is listening to concerns, addressing concerns, removing obstacles where he can, and just being an advocate for those who are working on the front lines to care for sick patients.

According to McGuire, the best part of his job is seeing the outcomes his people are able to deliver. “It’s just extraordinary to know that I had a small hand in creating an environment where that collaboration could exist between the clinicians and that the focus on the patient was absolutely there – that just makes my day,” he says.

The focus of his life outside of the work environment is his family. McGuire and his wife, Meredith, have been married 11 years. “We went to high school together and have been friends for more than half our lives.” They have three children: Gavin, Owen and Evelyn.

“When I’m not here and working, my absolute favorite thing to do is to be with them. We do all kinds of things. This past weekend ranged from attending a dance recital for my daughter to spending time at the pool,” he says.

Athletics are a big part of their together time, and they spend a lot of time hitting golf balls on Saturday mornings or just being out together any way they can.

He and Meredith are active at their kids’ school and are also active in two different charities. She is president of Arizona Assistance in Healthcare, which raises money for the non-medical needs of cancer patients throughout the Valley. He is a founding member of the West Valley Mavericks, a fairly new group with the mission to advance culture, commerce and charity in the West Valley

He is a big sports fan, especially of baseball and football. He says, “I’ve grown to love the Arizona teams just in my few years here. I have really learned to love the Sun Devils and I’m really looking forward to the season this year.”

The family attends St. Thomas Aquinas Catholic Church in the West Valley and their children go to the school associated with that Parish.