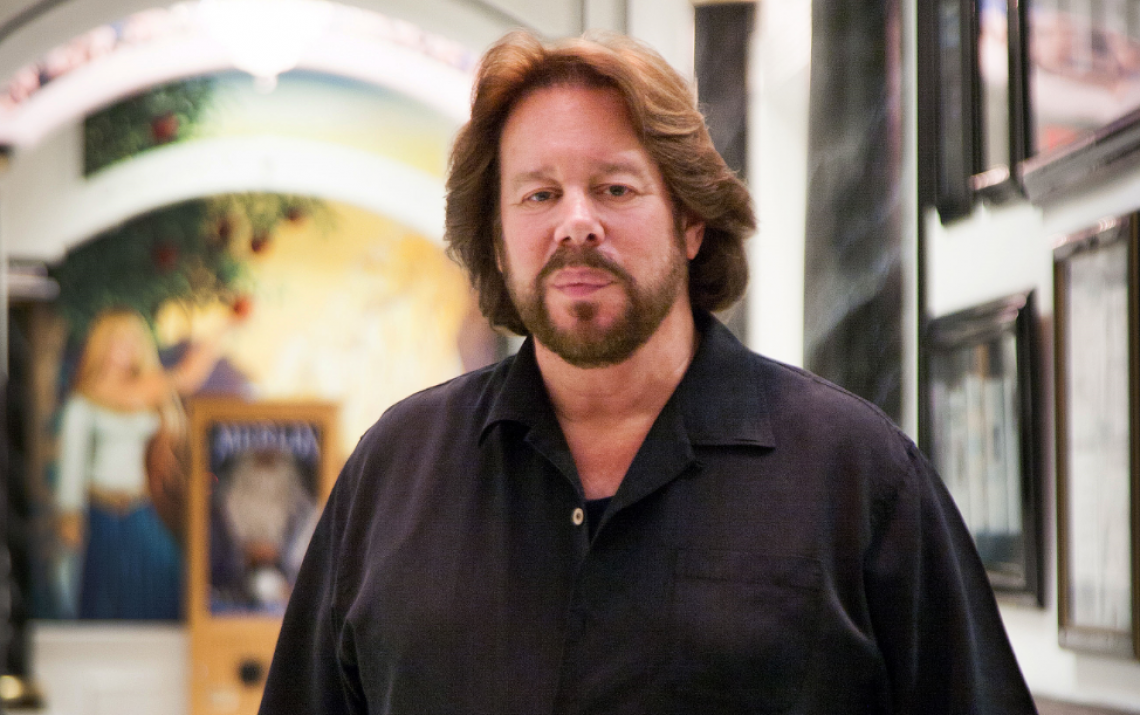 Most executives have a passion for business and a fortunate number are in a position to follow passions outside of the daily corporate environment. Michael A. Pollack is one of those fortunate few for he has been in a position to create a highly successful real estate business while pursuing his love of cinema and music.

Pollack is upbeat about the current and future state of the economy. “We’re finding that in retail shopping centers and industrial parks vacancies are going down and occupancies are going up. We’re actually seeing in some cases that prices have not only stabilized, thank goodness; they’re starting to move upward and that’s a direct result of the fact that we’re seeing the economy much more vibrant than it was,” he says.

Managing a successful and growing real estate empire is time consuming, but Pollack believes in living a balanced life and part of that balance can be found in the dedication he has for his other passions.

Pollack Tempe Cinemas is a discount theater offering a unique entertainment experience. “We feature second-run movies. We usually get them from 30 to 70 days after release. Our clientele and customers are used to that; it’s worth waiting. We have a very loyal clientele. I get hundreds of emails a month from families who say the cinema is the best bargain for their entertainment dollar – the biggest bang for the buck,” Pollack says.

Pollack offers his patrons much more than a motion picture screening. “We have a lot of incredible things there, some of which are on loan from one or more of my personal museums that contain over 8,000 three-dimensional advertising pieces. When wax museums have closed over the years, I’ve been able to buy sought after statuary wax figures of famous people and characters from Hollywood movies. We have a lot of great memorabilia, things you’ll never see in a movie theater because nobody has the commitment to do what I have done.”

The walls are decorated with movie posters and photographs of motion picture stars from the golden age to the present – many of them autographed.

Pollack was able to purchase six statues of U.S. presidents from various wax museums. “Kids love to come in and compare their height and size to the presidents,” Pollack says. The theater also has wax figures of many movie stars in their most famous roles: John Travolta and Uma Thurman from Pulp Fiction, the Three Stooges, Al Pacino from Scarface, George C. Scott from Patton, Arsenio Hall from Coming to America, Batman, Superman and Darth Vader.

The theater has been a neighborhood tradition for more than 25 years and Pollack acquired it in 1999 as part of a shopping center purchase. “I got hundreds of letters with all the people asking me not to close a neighborhood institution. I had absolutely no ambition or desire to run a movie theater. The owners who operated the theater wanted to close it, so they left me in a situation when I was approaching close of escrow on this deal. I could do one of two things: take it over and figure out what to do with it or let them shut it down and by the time I purchased the shopping center, the theater would be vacant. And I would have to figure out what to do with a 25,000 square foot building with sloped floors.

The theater was recently converted to an all-digital format run by computers and the seating has been completely changed out. Pollack says, “And when we did all that I’m proud to say we didn’t raise our prices a bit. We’re still a discount cinema, so you get a lot of first class entertainment for your three bucks admission.

“It’s been a fun journey,” Pollack continues. “My plan is to continue to operate it, obviously, or I would not have put the time and money I have into the recent remodeling. The long term for it is bright and I’m planning to continue owning and operating it.”

Pollack’s Corporate Affair, a large band featuring rhythm and blues and the Motown sound, was formed from a desire to continue a life-long love of music and performing. The band performs primarily for charity functions and has performed on stage as many as 20 times a year.

The idea for creating his own band came about while listening to a terrible rock and roll performance at a charity event. “They sounded like a bunch of dogs getting their tails stepped on. My wife Cheryl turned to me and said, ‘Michael, you can create a better band than that. Why don’t you put together a band and play for charity events?’”

Pollack was attracted to the idea, but he didn’t want to put together a garage band. “I had done that as a kid. I pay my band. My band members are professional musicians because I didn’t want to deal with amateurs who I was going to have issues with and who I would have to teach. I didn’t want to start over again. I was about 48 at the time and the last thing I wanted to do was go back and orchestrate people. We got some of the best musical talent available in the Phoenix market place. It’s a pleasure for me to play with musicians who have that kind of talent.”

Pollack, who plays drums, assembled 10 of the Valley’s most talented musicians. “We have our lead trumpet, Jesse McGuire. Jesse has played with Tower of Power and the James Brown Band. We have Joey Trujillo on lead guitar who was with Sister Sledge for many years, my long time keyboardist ‘Doc’ Boles, and the list goes on,” he says.

Pollack came close to a career in music. He graduated from high school in 1973, having won the John Phillip Sousa Award, and received an attractive offer to go on tour. “It was either that or go to work. Going on tour would have been a lot of fun. I love music, but I realized that the drummers in bands didn’t make a lot of money.”

His current real estate showplace is Pollack Gilbert & Ray Plaza. “When you look at the before and after images, it’s mind-boggling. It’s unbelievable that it’s the same building we started with, which was an absolute eyesore.”

Pollack Gilbert & Ray Plaza is a childhood dream fulfilled. “I came up with this idea almost 50 years ago. I designed it when I was 10 years old. I was in Disneyland and I was going down Main Street. It was like an old downtown from the early 1900s would be. I never stopped thinking about it, but I never had the opportunity to actually do it until this project. It’s the culmination of 40 years of practice and being able to do this project has probably been the most expensive per square foot renovation project I’ve ever been involved with. But, I think it’s also one of the most dramatic changes to an intersection that I have ever seen. The attention to detail and the transformation is incredible.”

Pollack says the project is the greatest creation he has ever worked on. “It’s a small project, but it truly demonstrates what can be done in redevelopment of existing buildings when you use a lot of imagination, creativity and a lot of money too. I try to get more creative with each project than I have ever been before. I will continue to create quality projects that make our Arizona cities better one corner, one building, one development at a time.”