Is Your Website ADA Compliant Or A Lawsuit Waiting To Happen? 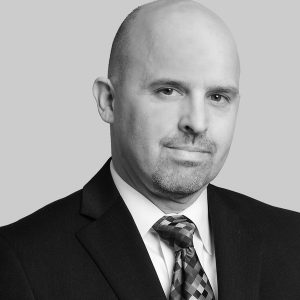 A California state court recently became the first in the nation to rule that a retailer violated Title III of the Americans with Disabilities Act (ADA) because its website was inaccessible to individuals with vision impairments. The judge argued that a sufficient nexus existed between the luggage company’s e-commerce website and its physical space of public accommodation.

In the wake of this ruling, businesses nationwide with an online presence are being compelled to take the necessary measures to ensure their website is ADA compliant – or else, be at risk of a costly lawsuit.

Implications for Businesses With an Online Presence

Title III of the ADA requires private businesses to make “reasonable modifications” – such as installing ramps or removing physical barriers – to ensure accessibility by disabled individuals, as long as the modification is “readily achievable.” To be ADA compliant, businesses must follow the very specific requirements of the Americans with Disabilities Act Accessibility Guidelines (ADAAG).

Therein lies the rub. There is no public agency that enforces the ADAAG, any disabled person who is denied access to a place of public accommodation because of their disability may bring a claim against the business for injunctive relief, demanding that the business become compliant. This has generated an entire legal industry around public accommodation litigation, where plaintiffs’ attorneys – well aware that the ADA provides that a prevailing party may recover his or her reasonable attorneys’ fees, costs and expenses in bringing the claim – file lawsuit after lawsuit. In fact, one plaintiff filed more than 100 lawsuits in an eight-month period against businesses in southern Florida for pool lifts alone.

In this case, the judge fined the luggage company $4,000 in statutory damages for violating the ADA and California’s Unruh Act, as well as ordered the company to take the necessary steps to either make its website accessible to individuals with visual impairments, or eliminate the website completely. Furthermore, this ruling allows the plaintiffs to recover attorneys’ fees, which could be a significant amount. Unfortunately for the company – and for every other business with a website – the judge provided no detail on the standards for which the company must comply to meet his order.

Despite the lawsuits that have been emerging on an increasingly alarming basis, federal authorities don’t plan on providing clear guidelines or official standards on website accessibility until 2018 – and it’s precisely this clarity that is needed. Just last year, for instance, the Disability Rights Section of the U.S. Department of Justice (DOJ) filed two statements of interest in support of lawsuits against two major universities for their failure to embed closed captioning in videos offered on their websites. Embedded in the DOJ’s statement was a clear warning for private sector employers and a possible renewed call to litigation for Title III plaintiffs. The DOJ acknowledged that in 2010, it provided an Advanced Notice of Proposed Rulemaking (ANPRM) on accessibility of Web information and services. It also acknowledged that the ANPRM is not yet complete. However, the DOJ stated that since the ANPRM was issued in 2010, courts have allowed litigation of Title III claims alleging the failure to provide equal access to Web-based services – but that its pending status doesn’t mean that websites aren’t covered by Title III of the ADA.

How Can Businesses Avoid Litigation?

In light of this recent California ruling and the recent surge in ADA-related lawsuits, it’s critical that businesses nationwide take the necessary steps to ensure their websites are ADA compliant. Companies should take the time to review and test their websites, particularly with regard to accessibility by individuals with sight and hearing-related disabilities. By initiating these precautionary measures now rather than later, businesses can avoid becoming a sitting duck for a potential lawsuit.

Samuel Lillard is a partner in the firm's Columbus office. His practice focuses on general employment litigation, arbitration, and mediation. Samuel is a seasoned litigator with over 20 years of experience in representing employers in all Ohio and federal courts.