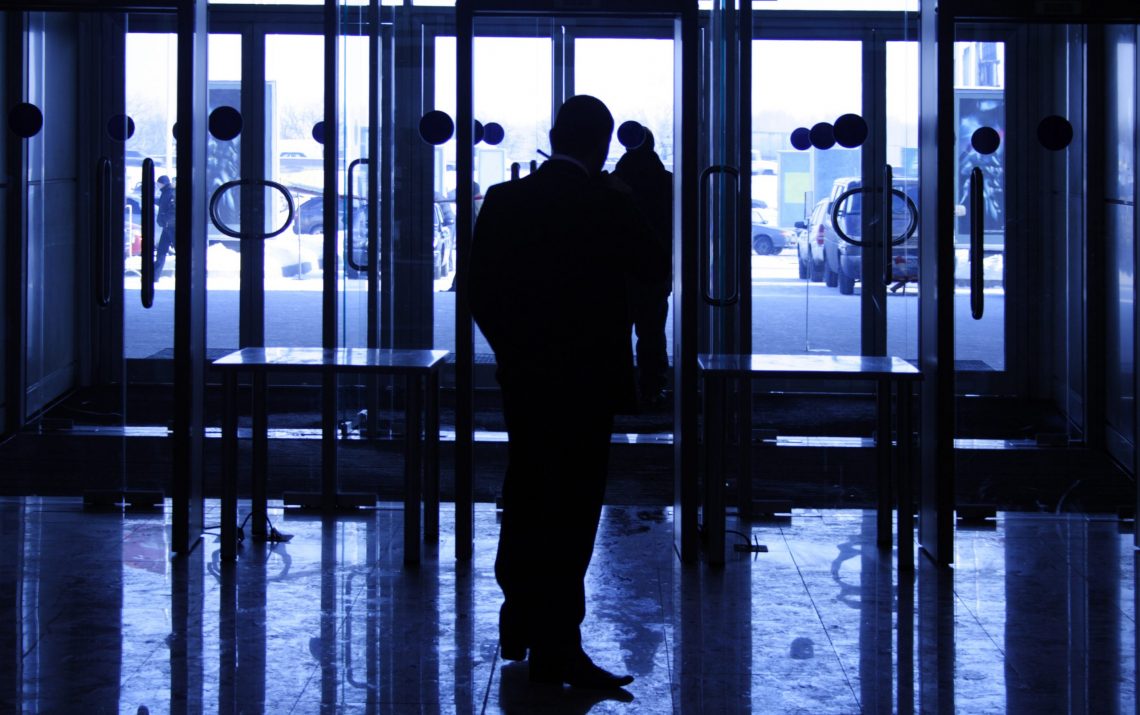 I am going to share with you excerpts from several Wnews reports concerning five lawsuits filed against companies accusing their security officers of using excessive force. I do this not to determine the legality of the security officers’ actions, nor do I mean to give legal advice. However, because we live in a litigious society, I have become adept at the art of CYA (cover your assets). If you own a business and you employ security officers, a reasonable use of force policy that your security officers understand and follow will CYA.
Jan. 13, 2014 – WINK News reported that a Florida family is suing the Harrah’s Casino in Atlantic City to cover medical costs arising from what the family says was an attack on them by security guards. And while one must wait until all the facts are known, surveillance footage of at least some of the incident shows security personnel surrounding the husband before taking him down. Then more security personnel took down his wife and their 17-year-old daughter. One expert who trains security guards was quoted as saying, “the entire thing was preventable.” The portion of the video that made the Internet is not fun to watch.

March 12, 2014 – The Oakland County, Michigan medical examiner said security guards at a local mall were “acting appropriately” in subduing a 25-year-old Michigan man who died after being taken down by security guards on January 27. A photo shows the man being held down by five mall security guards. The medical examiner said later that the man, whom the ME said was under the influence of marijuana, died from “position compression asphyxia.” The man’s family immediately filed an $800 million lawsuit against the guards, employed by a California company. A Michigan state senator has since proposed legislation to establish state-approved security guard training requirements.

March 12, 2014 –The Philadelphia Inquirer reported that a Philadelphia Eagles season ticket-holder and his wife filed a lawsuit for an undisclosed amount after the husband was “bum-rushed” by security staffers. The Inquirer reported that according to the lawsuit, the couple allege that during a game between the Eagles and Arizona Cardinals the husband was “forcefully and violently taken to the ground” by three security staffers after he shouted a “good-natured” obscenity at a Cardinals’ fan that was in reality an undercover cop. The force of the takedown allegedly “caused his head to slam to the ground, resulting in a laceration and a severe contusion on his elbow.” The suit names Eagles Stadium Operators, LLC, Apex Security Group, a police officer and a security guard.

March 13, 2014 – The Portland Oregonian reported that a disabled ex-Air Force sergeant filed a lawsuit against the federal government and four Federal Protective Service officers. He arrived for a medical appointment at the Disabled American Veterans clinic and was, according to him, unnecessarily assaulted and tased after they found a pocketknife in his pocket. The ex-sergeant, who suffers from post-traumatic stress disorder from service in the Middle East, wears knee braces and uses a cane. He alleges he was tased to the ground, struck and tased again while lying on the ground. He said he offered no resistance at any time. The Oregonian reported the suit accuses the officers of “negligence, assault, battery, false arrest and Fourth Amendment violations.” The General Accounting Office released a report last fall criticizing the FPS for inadequate training of guards to deal with active shooters and screening visitors to federal buildings.

April 7, 2014 – An Atlantic City casino dealer was, according to Gnomes National News, the “latest victim of a ‘gang-like’ beating inflicted by in-house security guards.” The dealer walked into Harrah’s and began inquiring about lodging with the casino’s Total Rewards program. He was then attacked, according to him, with no provocation by a pack of guards. He is the seventh plaintiff to file civil actions against Harrah’s and its parent company, Caesars.

As I mentioned at the outset, the purpose of this column is not to judge the actions of the security personnel, but to emphasize the importance of having a good, solid policy on the use of force. More importantly, make sure your security personnel understand it thoroughly. Law enforcement across the country are reviewing their use-of-force policies and you should, too. Seek the advice of an attorney on what the policy should cover and how it should be worded. In a 2011 article in Security Management magazine, Security guru Tommy J. Burns recommends basing your policy on the reasonableness standard established in the 1989 U.S. Supreme Court decision in Graham v. Conner, not the force continuum used by some law enforcement.

Keep in mind that private security officers are viewed as private citizens by the courts. As Burns said security officers are in a difficult position. “While they are typically viewed by the courts not as members of law enforcement but as private citizens, if they use force the courts may hold them to the same reasonable standard as the police,” Burns said. “Thus companies may want to remove force as an option. Where that is not appropriate, make sure they train to the reasonableness standard, not the force continuum.”

Certified use-of-force training mitigates your liability in allegations of excessive force. It shows you’ve done your due diligence.

See you next time.